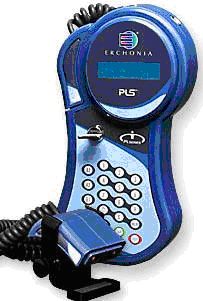 Tell Me More About Cold Laser Treatment With The Erchonia Cold Laser.

Lasers have become common for surgery. But cold laser is totally different from the surgical laser. High power lasers are used to cut through tissue while low-power or “cold” lasers stimulate tissue repair and healing.  Scientists figured out that there are different kinds of light. They create different effects on the cells of our bodies.

We all know the light we can SEE—the range of colors of the spectrum of a rainbow. We also know that sunlight produces HEAT. Ultraviolet light is the part of the spectrum that causes tanning or burning of the skin.  Scientists refer to cold laser light as compressed from a wavelength of the cold, red electromagnetic part of the spectrum. It’s very different from natural light because it’s just ONE color. Plus it travels in a straight line and can be polarized, which means the beam can be aimed at a specific area.  This lets the laser light go through the surface of the skin without heating it!

Worldwide, cold laser has been reported to successfully treat an incredible number of conditions. Research scientists say it’s because it works at the cellular level. More than 2,500 research reports have been published. And more than 100 double blind positive studies confirm that it works.  Cold Laser therapy is safe and effective for decreasing pain and healing many conditions. It’s an awesome technology—part of a complete chronic pain treatment program. With the Erchonia Cold Laser, we are even able to precisely diagnose the areas of nerve compression and treat them!


Laser light is different than normal light, such as light from a flashlight because it has different properties. The light released from a laser is monochromatic meaning it contains one specific wavelength and is seen as one visible color. Secondly the light emitted is coherent. This means each photon is moving in the same direction and at the same wavelength as the other photons. Lastly, laser light is directional. The beam is very tight and very strong and concentrated. Because of this property, the laser can still have a therapeutic effect through clothing. A light bulb releases light of many different colors and the beams weak and diffuse.